We started experimenting with layout boats around 2001 in Alaska. We found plenty of success but due to safety and stability concerns of the smaller single layout boats we never moved on with them.  Although we are now  %100 convinced that the 2 man core sound boats are truly the safest and most stable of any boats we have hunted out of.  As we wanted to have more consistency and hunt more than 1 person at a time for all the work setting up these open water spreads  being where the birds are. In our quest for the supreme layout boat we have hunted out of many brands and styles and for The extreme weather, wind and waves and the portability we have decided on the core sound layout boats, each one is hand custom made with a new process on injection resin infusion, which makes them much lighter and stronger done under controlled climate conditions.  Terry Rose has mastered this process and build one of the highest quality of layout boats in the industry. 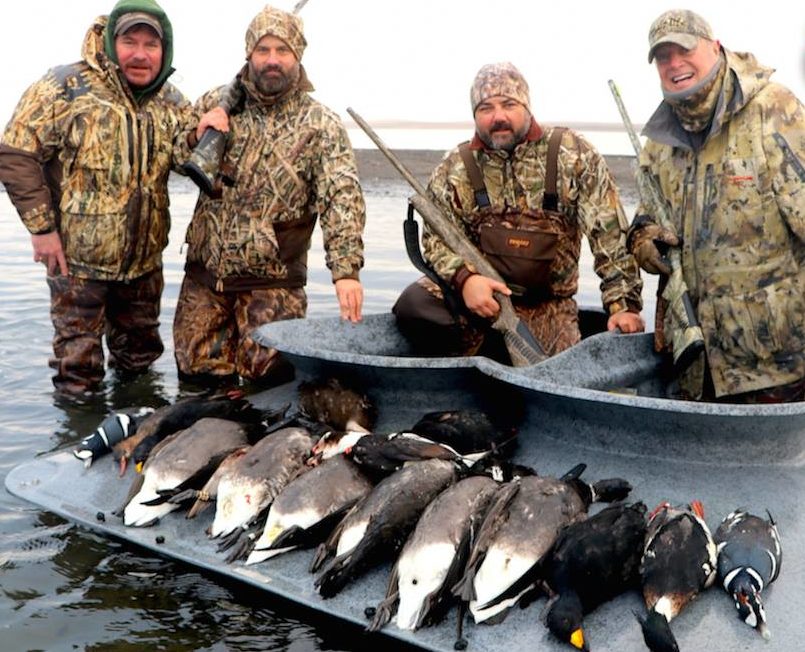 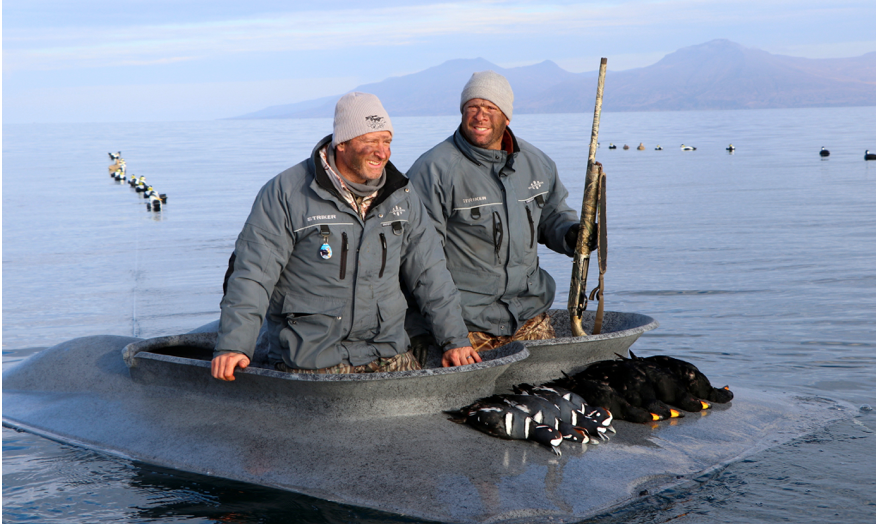 Layout boat hunting is spreading like wildlfire but we are truly the Pioneers of the 2 man open water layout boat hunting system in the Coldbay area.  We brought the first 2 man layout boats to coldbay at a great expense and our results speak for themselves.  Our hunters have  taken all the species with in your face hunting.   We have graduated from the days of slipping and sliding around in a wet inflatable boats of the past that many other out. With the addition of a second 2 man Coresound layout for the 18season we wont have to swap out hunters and our hunters will get the 1st class layout experience they are paying for.  Our goal of making every customer a friend, and only offering a truly world I went out of my way to make every purchase a perfect one.